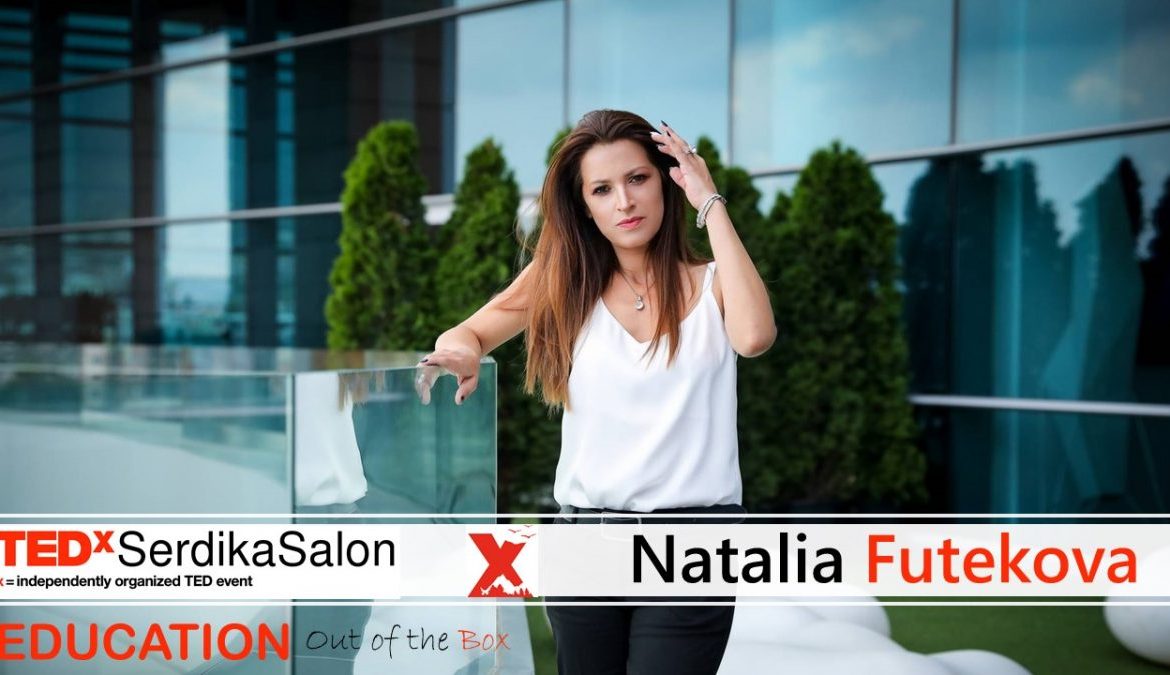 Assoc. Prof. Natalia Futekova will be the presenter and moderator of TEDxSerdikaSalon: Education | Out of the Box.

TEDxSerdikaSalon: Education | Out of the Box is organized under an official license granted by the USA organization TED and will be held on September 28 (Saturday) in the lobby of the Higher School of Insurance and Finance (Sofia, Ovcha Kupel, 1 Gusla Str.). During the event, all guests will have the opportunity to see and hear 10 successful personalities who will tell 10 exciting stories!

TED is a global community that welcomes people of every discipline and culture who seek a deeper understanding of the world. TEDs believe passionately in the power of ideas to change attitudes, lives and, ultimately, the world. At TED.com, you can find free videos where some of the world’s most inspiring thinkers and a community of curious souls share their invaluable knowledge and discoveries. Everything that TED does – from their conferences, TED talks, the global TEDx community to the TED-Ed lessons series, is driven by one goal: to spread great ideas.

TED is a world-wide series of conferences owned by a private, non-profit foundation created to promote “ideas worth spreading”. Chris Anderson currently curates TED conferences in the United States, Asia and Europe every year. Anderson introduces the TED Prize, TED Fellows Program, TED open translation program and TEDx, which help keep hundreds of TED events organized around the world. Anderson talks about the power of visual media at TED Global 2010 and its central role in the future of Internet-based learning.

The TEDx program was created in the spirit of the TED mission, namely “ideas valuable for dissemination”. She supports independent organizers who want to create a TED-like event in their own community.

The TEDx program aims to help communities, organizations and individuals engage in conversation and connection with each other through local TED events.

During the TEDx events, inspirational live speakers and videos from the official TED Library are presented. The TEDx events are planned and coordinated independently and can only be organized by holders of a formal license granted by the TED team.